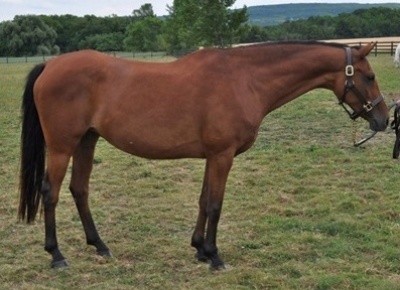 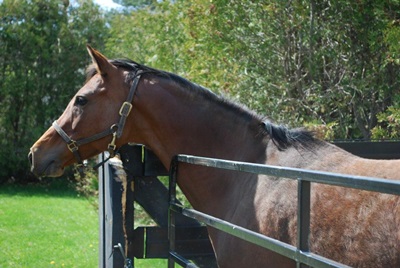 Tudor Rose is a wonderful imported British Riding Pony mare. Before being imported to Canada, she showed successfully on the line in the UK. She has had one lovely foal by Jackets Classical Blue in 2003. Tudor is a very correct riding pony with a great balanced canter and a toe flicking trot. She floats around the field, you would be hard-pressed to find a nicer moving pony. She is also one of the sweetest, willing mares on the farm. Her positive attributes do not stop at her movement, looks and personality. Her pedigree speaks for itself.

Tudor's dam, is also a very well bred riding pony mare. She is by *Fairley Rembrandt (now deceased) who was very successful showing on the line and under saddle. Some of his wins included Champion at the Royal of England Show, Champion at the Royal Welsh, Champion at the West Midland Show, Champion at Ponies of Britain Stallion Show and he represented Great Britain at the Burghley Horse Trials. Tudor's dam line is full of great ponies such as *Keston Royal Occasion, *Solway North Wind, *Bwlch Valentino and *Twylands Troubadour (sire of *Strinesdale Matador). She has produced many lovely foals. Most have gone on to a career as breeding stock because of their wonderful bloodlines and riding pony movement.