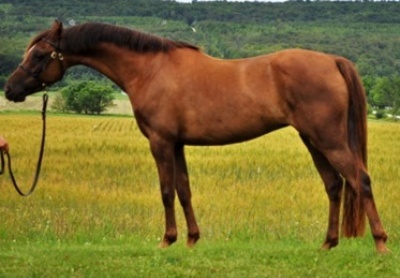 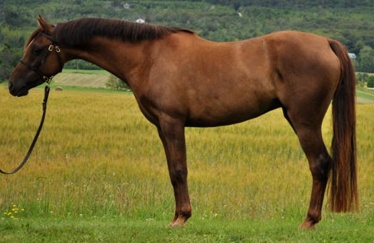 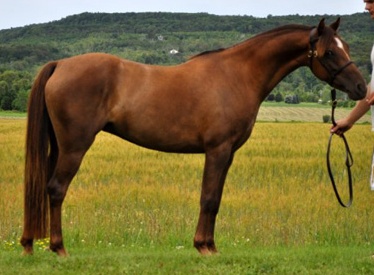 Hands down, Poem is one of the favourites on the farm. She has great hunter movement and the calmest temperament you could ever ask for. She loves people and attention, and is the definition of a pocket pony. Poem's great attributes do not stop at her personality. She has a great dished face with kind, welsh eyes. Superb conformation and is the newer type of welsh pony.

As well as her great look, both her parents are imported from Wales and are Supreme Champions themselves. Poem's sire, Rhoson Pasiant, is known for producing offspring with sweet temperaments and unflappable attitudes. His foals have gone on to win on the line, in the hunter ring and the driving ring. Poem's grandsire on her sire's side is the extremely well known pony *Downland Rembrandt. He is known for siring outstanding hunter ponies. There are far too many successful foals by Rembrandt to name. Poem's dam is just as well-bred as her sire. Pennwood Pennsylvania, was bred by the important Pennwood Stud in the UK. She is by the immortal Thornwood Royalist and out of Downland Sailaway by Downland Kruggerand. Pennsylvania is one of the top producers at Mortons Show Stables. Poem is full sister to the up and coming stallion Morton's In Play who is currently standing at Hidden Springs Farm. Her brother has proven himself on the line and will surely prove himself as a hunter sire. We could not be happier with Poem's first foal. He qualified for the Royal Winter Fair 2010 where he pinned 2nd place welsh B foal/yearling out of a very competitive class.