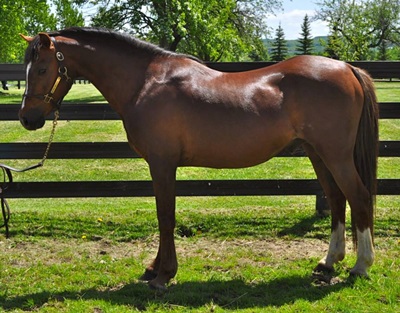 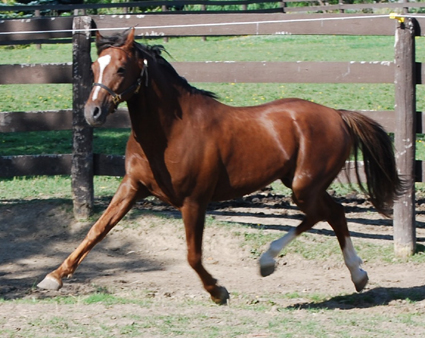 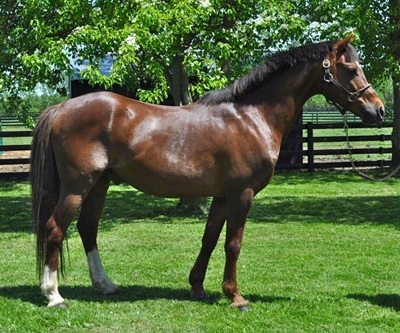 Fydlyn Adlais is a gorgeous, imported welsh stallion that stands the perfect height of 13.2hh. Adlais has a lot of bone which is becoming very rare in the "new" welsh ponies. Adlais stamps all his foals with his best attributes - gorgeous typey head, sweet personality, huge movement and flawless conformation. We are very impressed with his foals and can't wait to take them into the show ring.

Adlais's sire, the wonderful Mynach Flower Power has the pedigree of some of the top notch welsh ponies in the world. He has sired ponies such as Wian Roberta, Medal Winning Broodmare for the Saltre Stud, and Wian Charlie Brown, Qualified for The Welsh Performance Championships, N.C.P.A Pony of the year and the B.S.P.S Championships. Other show ponies sired by Adlais's sire are Wian Uptown Girl and Wian Victoria. Flower Power's sire is the prolific winner Thornwood Royalist. Flower Power is out of Mynach Moon Flower by the legendary Lechlade Scarlet Pimpernel. Mynach Flower Power is full brother to the wonderful show mare Mynach Flower Song. Flower Song is a Royal Welsh winner for the Waxwing/Mynach Stud. He is also full brother to one of the foundation mares for the Waxwing Stud, Mynach Mayflower. Mayflower shows up in almost all of the pedigrees produced by the Waxwing Stud. Adlais's dam is just as well bred as his sire. His dam Downland Salome, is sired by another great - Downland Mohawk and out of a mare by the great Downland Chevalier. Downland Mohawk and Chevalier need no introduction, they shows up in all the best pedigrees in the welsh ponies. Salome is full sister to Downland Soprano, Downland Songthrush and Downland Songster who have all been wonderful producers.

Adlais has an amazing temperament as well as incredible movement. He is as well bred as they come. Adlais improves on the mare every single time. This stallion will definitely sire your next winning pony. A highly respected vet described his conformation as "perfectly put together." He truly is a gentleman to have around the barn and has the lovely disposition you want in a stallion. His great looks, movement and temperament make him one of our favourites. Adlais carries very rare, sought after bloodlines for the North American Pony Market. Foals are eligible to be registered with the Welsh Pony and Cob Society of Canada, United States and Great Britain. Please contact us for more information and pictures on Adlais's foals.