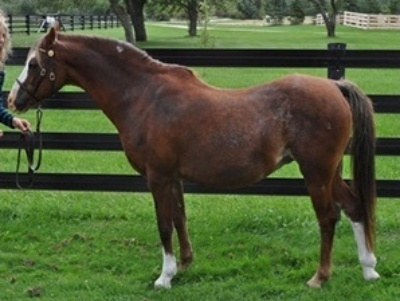 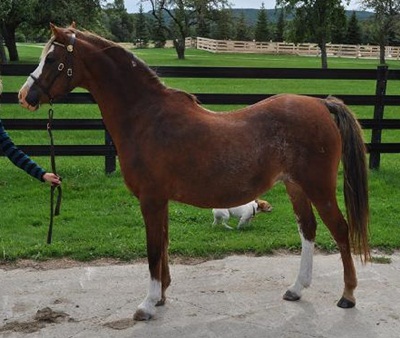 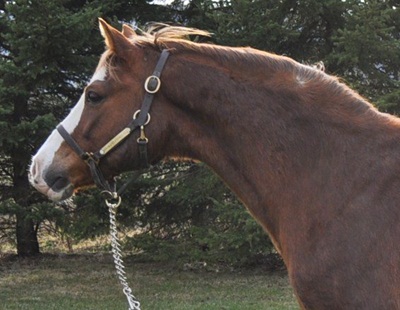 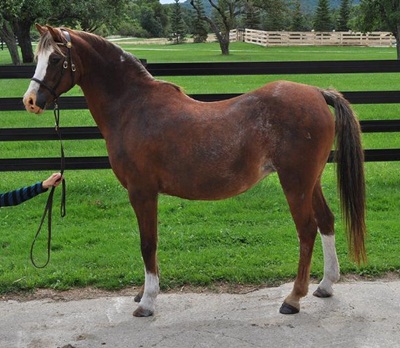 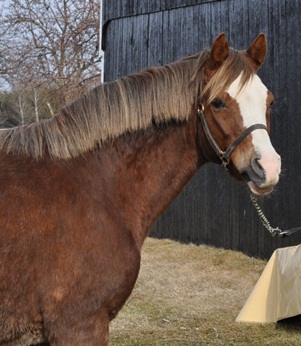 Mercedes is a beautiful, typey mare. She has a lot of substance and is one of the sweetest mares on the farm. She has a perfect amount of "chrome" to make her stand out in a crowd. She comes from the Eyarth Stud. The Eyarth ponies are known for their spectacular heads & necks and Mercedes is no exception. Gorgeous length of neck, chiselled face and a nice topline, this pony is one in a million. She also has wonderful, extended movement that she passes on to all her foals.

Mercedes comes from a long line of champions. Her sire is *Cadlanvalley Gamestar who stood at the Millcroft stud where he was 1st at the Royal England Show. He then stood at the Eyarth stud and was finally exported to Spain. Gamestar is sired by prolific winner *Thornberry Gamekeeper who was a Royal Welsh Champion. Mercedes dam is *Eyarth Miranda who is by *Keston Monarch. *Keston Monarch is full brother to the well-known *Keston Royal Occasion.

Mercedes' half brother (same sire) *Eyarth Grenadier, has been a champion producing stallion for Sandy Costanzo at Brookside Stud and Tammy Burgin at Farmore Farms. Mercedes' full sister *Eyarth Mystral was a very good producing mare for first the RosMel Stud, then Robin Greenwood and she is currently back with Sandy Constanzo.