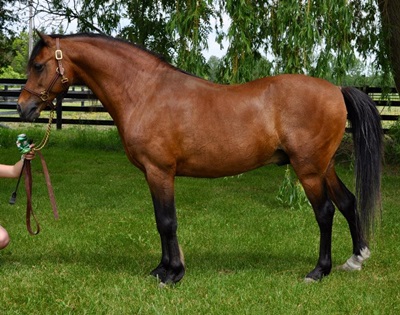 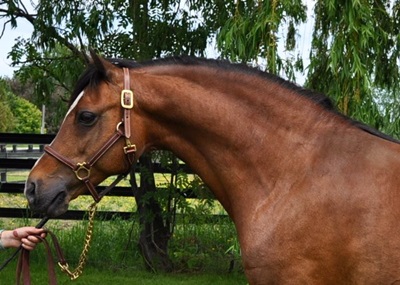 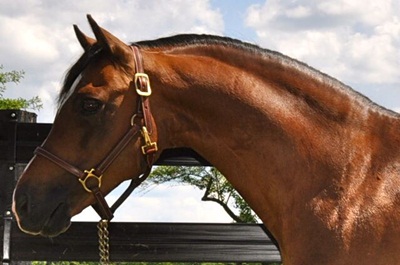 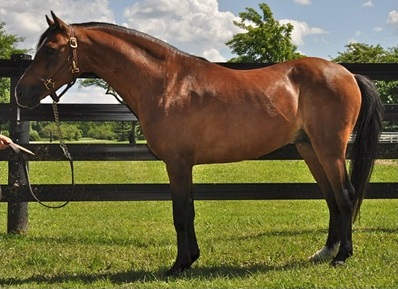 Whimsical is one of the most beautiful ponies I have ever laid eyes on. He exudes presence and has that "look at me" attitude that you want in a stallion or show pony. He loves being the centre of attention. Whimsical has a wonderful chiselled pony head, great top line and a lovely, long neck. Whimsical also has nice hunter movement with an impressive uphill canter and daisy cutter trot. Due to an unfortunate accident to one of his hind legs, Whimsical is not able to show. Although, we have no doubt that he would clean up in the show ring. He has never stood as a public stud, so he has very few foals on the ground. The few foals he does have are stamped with great personalities and have the definite welsh look. We cannot wait to see more Whimsical foals in the future.

His pedigree is full of all the Downland greats. His grandsire on both his sire's side and dam's side is Downland Mohawk, who needs no introduction as a great sire of Supreme Champion offspring. Whimsical's sire, Downland Arcady, has far too many champion youngstock to mention. He has added size, type and kid friendly temperaments to all his foals. Arcady sired many top notch welsh ponies for Mrs. Cuff at the Downland Stud in the UK. He is also the sire of Downland Condor, an up and coming hunter sire for Glenhaven Welsh Ponies in Virginia. Suzanne also has a daughter by Arcady - Downland Alert. Alert has produced many wonderful hunter foals for Glenhaven such as Renoir, St. Aria, Twist O' Lemon, Arpel and St. Andrew.

Whimsical's dam, Downland Songthrush, has produced many lovely offspring as well. She is by the great Downland Mohawk. Whimsical will carry on the sought-after Downland breeding and be the next generation of great Downland sires. We are overjoyed to have him standing at stud here at Crown Ridge Farms. His irreplaceable bloodlines will certainly be a huge asset to the North American Pony world. Foals are eligible to be registered with the Welsh Pony and Cob Society of Canada, United States and Great Britain.