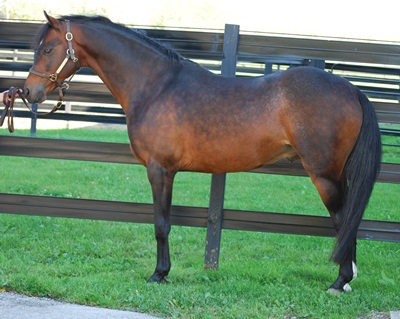 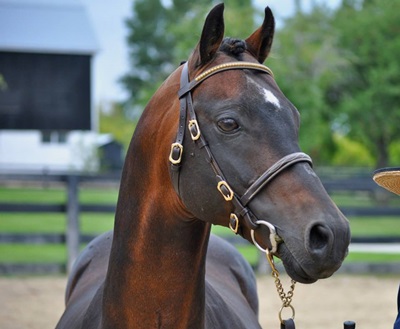 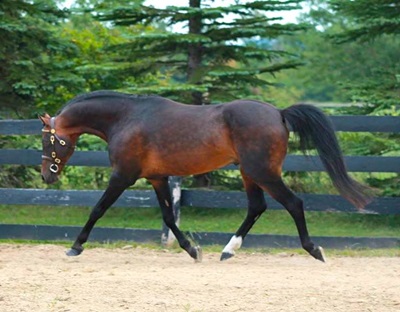 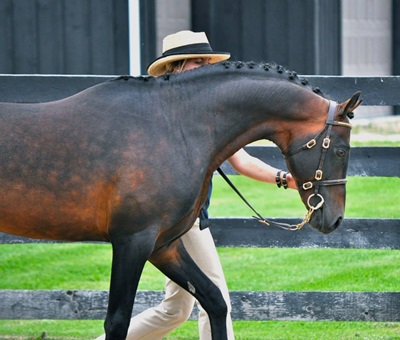 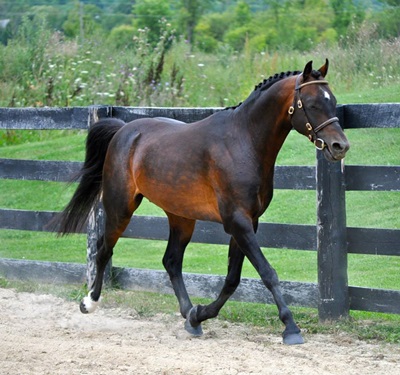 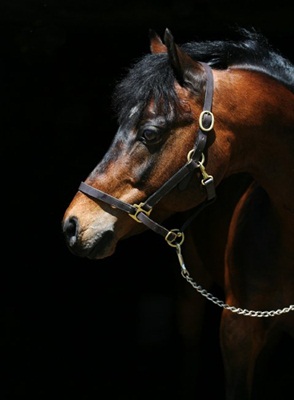 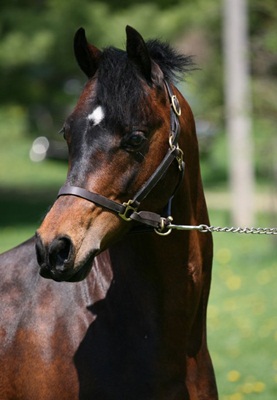 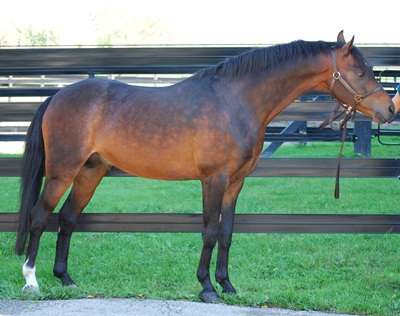 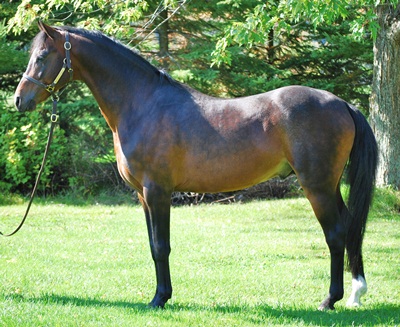 Jakarta is simply stunning. He is the most spectacular pony I have ever had the honour of meeting. As soon as I saw him, I knew he was very special. He didn't even need to come out of his stall! His beautiful expressive eyes, lovely head, perfect conformation and outstanding movement make him the ultimate sire. Apart from his looks is his amazing, quiet temperament. His is so easy to work around even when he is around the mares. His foals have inherited all his great qualities. They are all quiet with nice, lofty hunter movement. Most of them are dark bay or black, even out of chestnut mares. Jakarta is the perfect height to cross with the big large pony mares and still produce top of the line larges or small mediums to bring the foal up to height.

His pedigree is very well known. He is by the great imported welsh section B stallion Downland Laureate. His dam is a British Riding Pony mare who was bred by one of the most well-known hunter pony breeders in North American, Northwind Farm & Prue Richardson.

As a young pony, Jakarta went to some shows in the USA. Some of his most successful accomplishments include:

Cllynncopa Jakarta was inspected with the North American Sportpony Registry and was approved for breeding August 2014. His foals are eligible to be registered Sportpony as well.